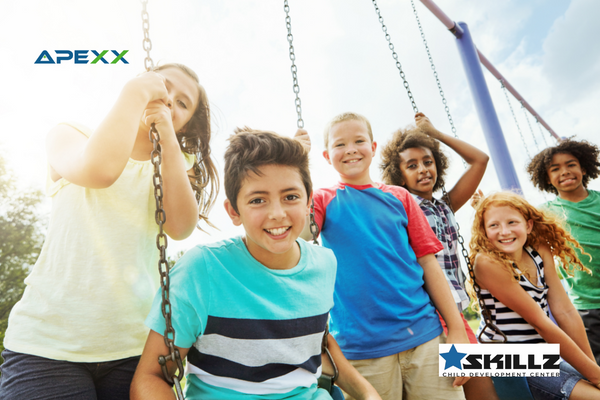 Stages of Development for 7-9 Year Olds

“Today you are You, that is truer than true. There is no one alive who is Youer than You.” Dr. Seuss

“Slow and steady wins the race!”

Oh the years of 7-9 years old! You have made it through the infant, toddler, preschool and young adolescent phase. Time for what are often referred to as “The Golden Years!”

Children at these ages and stage of development find themselves enjoying a season of life where physical and intellectual growth are slow but steady. Unlike their earlier years when growth was very rapid, the years of 7-9 present a time when both fine and gross motor skills are developed and functioning well but have now enter a season of fine tuning. Further, because of the consistent, steady growth and development of the brain’s frontal lobe, cognitive processes are now stronger and more improved.

Even though both the physical and intellectual development during these “Golden Years” enjoys a moderate vs. rapid pace of growth, Ninjas of this age group still face their own set of unique challenges.

So what is happening in the developing mind and body during the amazing years of 7-9 years old?

Let’s Break it Down!

During the years of seven to nine, children often exhibit decreased levels of flexibility as their developing muscles become tightened while their bones grow at a more rapid rate.

At this stage of our children’s physical development:

· Because of waves of bone growth and the muscles corresponding stretch/development to accommodate, gross motor skills can appear sloppy at times, often requiring support to regain accuracy and speed in movement.

· Further, muscle fatigue in the smaller muscles of the hands and wrists tend to inhibit more precise fine motor skills in some children of this age group. Thus the frustrated pencil drop after a long day of academics in your child’s learning environment!

At this age and stage of development, children can struggle with maintaining their focus on a single point of interest because they are constantly surrounded by a world of discoveries just waiting to be made!

It is important to remember that given all the mental development and construction your child has undergone up until this point, 7-9 year old’s find themselves in these “Golden Years” not only intellectually capable of learning more but comprehending more as well!

With increased comprehension though comes the very real struggle of at times overthinking. When thought processes are moving through the neural network of a child during these ages and stage of development, one can find themselves at times forgetting the simple things, what we as adults would define as simple tasks. Why? Because their cognitive processes are functioning at such a higher level; what once was simple now becomes more complicated because of the amount of intellectually stimulating things constantly surrounding them.

Knowing what we know about the physical and intellectual stages of development for 7-9 year old’s, how are our team of Pediatric Ninja Specialists supporting children on and beyond the mats to flourish in these areas?

a. By engaging Ninjas during these “Golden Years” in repetitive exercises that require speed and agility throughout their range of movement, we are helping them fine tune the engagement of multiple muscle groups while simultaneously stabilizing and refining their controlled, measured technique. Further, by incorporating flexibility training, we are supporting the steady muscle and bone growth and development to ensure strength is maintained and nurtured during these golden years!

a. By engaging 7-9 year old’s in exercises of the mind, we are creating strong neural pathways and response networks through the power of neurobics! This in turn heightens the Ninjas ability to listen and thus focus on the mission of the moment. Though there are certainly continued elements of distraction all around, participating in group activities with the intentional exercise of purposeful listening and focus lends itself to the strengthening of their ability to receive, comprehend and troubleshoot varying situations put before them.

a. By supporting Ninjas in a nurturing environment where they are given the opportunity to compete in a healthy, active way physically, intellectually and emotionally, we are also supporting their ability to stay engaged socially with peers in the moment. This is critical for group work on and beyond the mats, not only in the Ninja setting but in school, at home and other extracurriculars as well.

Every part of why we do what we do is with the purposeful intention of ensuring the whole mind, body and spirit of your child is supported.

The years of 7-9 are truly amazing! However, if you find yourself struggling in supporting your child’s physical and intellectual development, know that our team is here to help! We are here for you and your family as you continue to move through the unique seasons of childhood development with your Ninja.